Arsenal midfielder Thomas Partey has revealed the advice he got from an unlikely source before completing his switch to the Emirates Stadium from Atletico Madrid last summer. The Ghana international midfielder finally completed his move to Arsenal after weeks of speculations and has disclosed something Arsenal fans would love to hear. 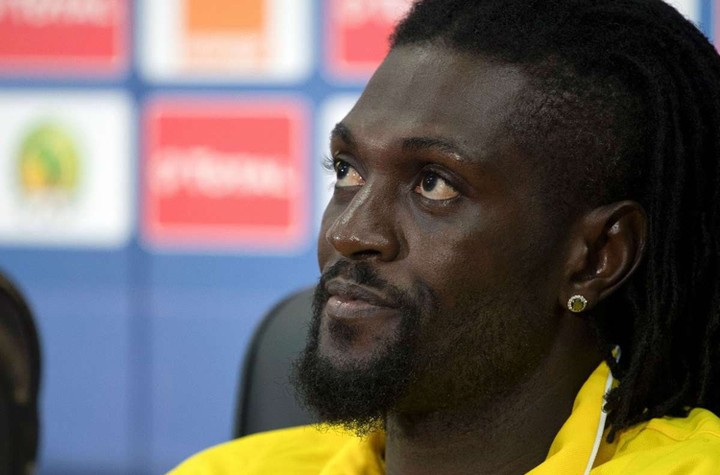 Before joining Arsenal, Partey was linked to other clubs including Liverpool, Chelsea, and Manchester City but decline other clubs’ offers in favor of a move to join Mikel Arteta’s evolutionary Gunners team.

Speaking in a recent interview, the former Atletico Madrid man has revealed that former Arsenal striker Emmanuel Adebayor Advice him to ditch a move to Stamford Bridge and Anfield to join Arsenal as it would be the best and most suitable option for him.

Partey told the Daily Mail that he asked Adebayor a few things about London and Arsenal before concluding his decision. He said Adebayor told him that Chelsea and Liverpool are no-go areas for him because he would not have enough opportunities to play for either side and that their pattern of play would be different from his favored pattern.

He said Adebayor then advice him to pick Arsenal because they were the best club for him and that he would fit right into Arteta’s squad immediately.

Even though Partey has not had the best of luck since signing for Arsenal following a couple of niggling injuries that have seen him miss some games, it is still somewhat notable that his place in the team is not very much under threat.

However, Arteta has hinted that for the combative midfielder to walk back into the starting team, he would have to prove himself first. That is not expected to be a problem for the Black Stars star however, after he disclosed that he will be ready for the challenge.