Former Arsenal, Tottenham Hotspur and Manchester City striker Emmanuel Adebayor is still eligible for the Togolese national team as he’s yet to call it quit with his career. The 37-year-old has been without a club since leaving Paraguayan club Olimpia few months into his contract last year partly due to the dreaded COVID-19. 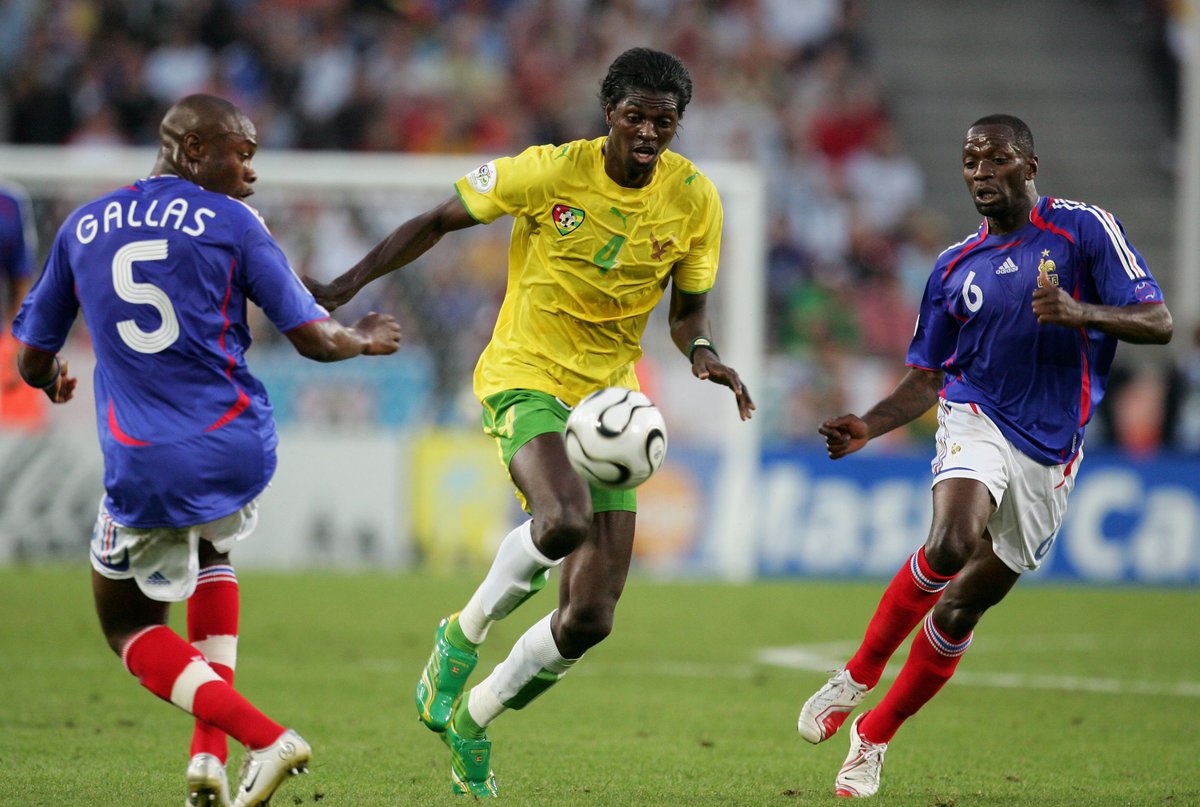 Emmanuel Adebayor started his career with the Togo senior national team over two decades ago after opting to represent the Hawks. He was also eligible for the Super Eagles of Nigeria. Emmanuel Adebayor became an instant hero in Togo after helping the team qualify for the 2006 African Nations Cup (AFCON) tournament. He scored 11 goals during the qualifiers for the tournament which was more than any other player managed. The tall striker also played a big part as Togo qualified for the 2006 FIFA World Cup tournament on German soil. It was the first and only appearance for Togo at the FIFA World Cup till date.

Adebayor didn’t score any goal in the group games against France, Switzerland and South Korea as Togo ended the tournament as the last team in their group. Emmanuel Adebayor was named the new Togo captain shortly after the World Cup final in Germany.

Adebayor was an Arsenal player when he was named the best footballer on the African continent in 2008. He won the accolade ahead of Mohamed Aboutrika and Michael Essien. It was the first time that a player from Togo will win the award for the best football player on the African continent. The Togolese striker was rewarded for his exceptional form for the Gunners whom he scored 30 goals for in all competitions during the 2008/09 season. Adebayor was the main man for the Gunners who came close to winning the Premier League title the same season before they ran out of steam and were usurped by rivals Manchester United.